Arthur Lourié (1892-1966) was an important musical figure in post-1917 Russia and a composer of decidedly avant-garde music. In the wake of the October Revolution, Lourié was appointed chair of the Music division of Soviet Education Ministry, which was established to cultivate a new and revolutionary music suitable for the Soviet citizen. During the 1910s, Lourié was viewed as a fanatical advocate of all modern art and some of his early compositions anticipate the musical advances of the West vis-à-vis the Second Viennese School and “Les Six”. His extreme policies eventually clashed with a number of musicians and Soviet bureaucrats, causing him to bitterly resign his post, and in 1921, Lourié followed the footsteps of other Russian émigrés and left Russia for good. He settled in Berlin and then Paris, joining Stravinsky’s circle, but when WWII engulfed Europe, Lourié fled again to America, where he remained in obscurity for the rest of his life. His early works show tangible influences from Scriabin, but the trajectory of his aesthetics is far-reaching: one can find Scriabinesque, Rachmaninovian or Webern-like piano works, orchestral compositions hinting at Prokofiev, and choral music recalling Mussorgsky. 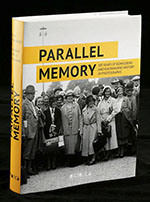